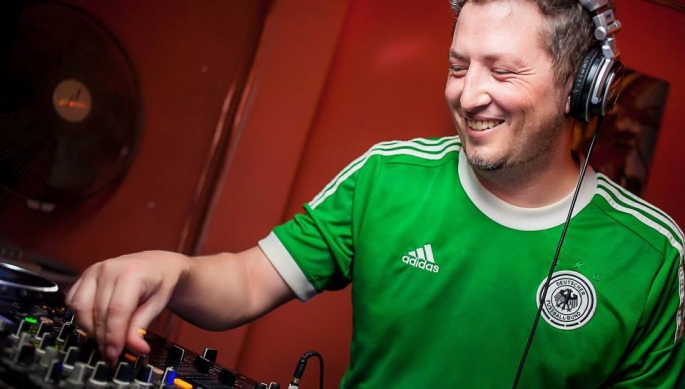 Tommy Lexxus aka Bassism, originally from California, has set up camp in Berlin. His Dj skills are primarily rooted in Deep Dubstep and Drum & Bass, with a sprinkle of Turntablism. Though this true Junglist at heart comes from the live instrumental background, playing drumkit and bass guitar in Reggae, Ska, Punk, Metal, and Math Rock bands all throughout his youth. One of the bands he helped found in San Diego is Upsilon Acrux, who is still releasing insane material, and touring today. Other aliases include Riparian, and Achtung Kinder. Forecast Recordings is Bassism Records’ sister laber, focusing on Dub Techno and Sub House.

With 21 years of turntable experience, as well as promoting the underground music scene since he was 15, Tommy is no slouch when it comes to production and performance. From the heyday of Math Rock, to the pioneering days of Dubstep, he’s always kept his record crates very diverse, and full of bass weight. After helping solidify the early D&B scene in San Diego, Tommy moved up to San Francisco and dug himself into the plethora of talent within the Bay Area. He is ever thankful for the crazy headlining gigs he got to play, including Love Parade, Haight Street Fair, Phuturo, Eklektic, Compression, etc…

Bassism hosted Cyantific and Mathematics at their first SF event, and went on to anchor in serious acts such as Starkey, UFO!, Djunya, FSTZ, Kush Arora, Roommate, Antiserum, and many many more. From SF to NY, Tommy got open for Skream and Joe Nice at the legendary Avalon Club (the old Limelight). Other highlights include playing atop Mandalay Bay in Las Vegas at the Foundation Room for Dub Church, Narnia in the Los Angeles Mountains, raves such as Nocturnal Wonderland and House of Dreams, plus Opium ’98 in San Bernadino, and the first two DNB Campouts in Lake Tahoe Forest.

When Dubstep took off, so did Bassism’s release success, and Tommy’s touring calendar. Having rocked almost every European capital, and tons of party-ready cities in between, Mr. Lexxus has also been blessed with appearances in Dubai, Bahrain, Shanghai, Melbourne, and most recently Koh Tao, Thailand.

Now in Berlin, Bassism has brought out SF finest’s Bachelors of Science and Dubsworth, and London’s N-Type. Surprise appearances such as Dave Owen (US), and RDG (DK), have also recently graced the Bassism stages. With the latest Anthology released, Tommy is more focused on studio work, getting remixes finished and pressed. His trio Achtung Kinder had their first live gig last summer in Berne, Switzerland, has a full album coming out, so Tommy’s a busy busy bwoy!